This launcher has nothing common with CPW and standart launcher.

Update server requirements:
♦ a web server with a case-sensitive file system (for example, Linux, it will work even without php support, but there may be problems on Windows)

With the launcher you get program for creating updates and initial preparation of the client for uploading updates to the server.

Requirements for the launcher's design:
♦ psd format
♦ all buttons in 3 positions (normal, hover, disabled)
♦ required buttons: close, minimize, verification, update / stop (usually done one on top of another the same size), play
♦ area for logs (width not less than 200px)
♦ place for progress bar and launcher version
♦ optional: 2 server status indicators (online / offline), a faction icon update button, a place for selecting an update server, a place for a news web page
♦ all buttons and other layout elements should not fall on the transparent areas when selecting a rectangular area that includes all the changing parts of the element in 3 positions
♦ try don't make shadows / glow in different positions of the element, which will strongly protrude from the original state (less scatter)
♦ icon for launcher (acceptable sizes from 24х24 to 256х256) in ico or bmp or png format
♦ competent grouping of design layers (for subsequent layout) 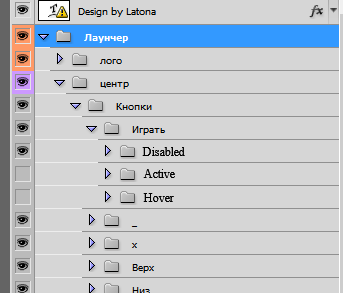 For automatically update faction icons, you need to specify 3 links: 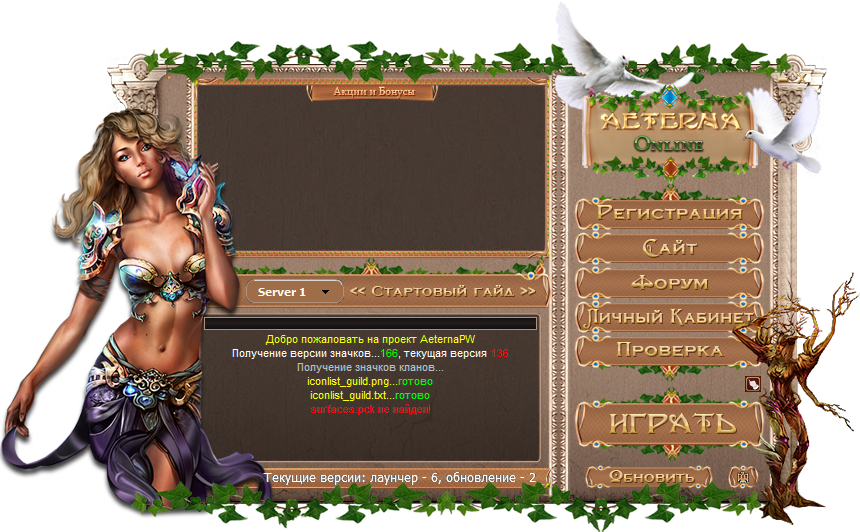